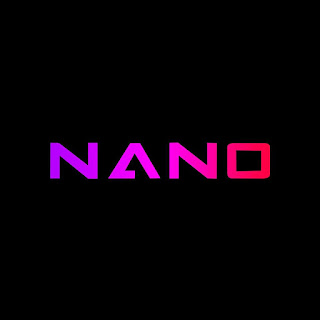 NANO have a sound I can only describe as 'space rock.' Their leading lads, Matt Honor and Stephen Clift, are both well educated in their fields, versed in film and music between them. This shows in their music, combining fierce guitar hooks with experimental art.

Their recent EP 'Guilt, Glass...And Grenades' mixes electronic ambiance and rock. I hear a lot of David Bowie and Prince's 'Purple Rain' album in there. The songs all dive into heavy guitar riffs, ending on equally strong high-pitched guitar notes glistened with reverb. The emotion in the vocals give a feeling of floating along a milky way, coupled with intricate lyrics: 'he was denied an orgasm so he looked up nihilism' (Guilt); 'don't talk; you know I'm listening to every single heartbeat' (...And Grenades).

I really liked their video 'Halloween Special', which includes a sample of Vincent Price from MJ's 'Thriller'. The minimalist guitar riff sequenced in with the bass makes for a wonderfully creepy sound, along with the muttering of a woman's voice over the top saying numbers. Night-time shadowy effects on the visuals add to this effect.

The word 'nano' is short for nanotechnology, which deals with the smallest dimensions of atoms and molecules. There's nothing at all small about their futuristic prowess, mixed in with 80s rock drums reminiscent of Blondie. Overall a band with a definitive quality that is well-matched for the artificially digital future.