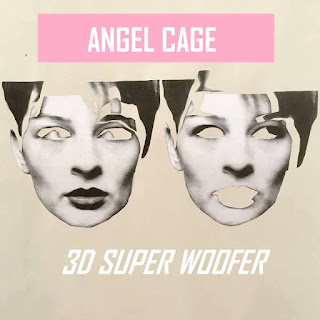 Fusing ska, jazz, punk, electronic-pop and DnB, Angel Cage have created a work that is experimental but retains commercial value, with strong vocals balanced with reverb on tracks like 'Someone Else's Girl' and 'More Than a Good Friend.' On 'What in the World' and 'Yesterdays', we're in electronic drum machine territory akin to La Roux and Calvin Harris. 'Real Violence' features jazz melodies resembling Miles Davis' Kind of Blue. 'Intercept an Angel' travels to the land of ska.

Themes of longing and regret cloud the lyrical content, such as in 'Cold Cold Heart': 'can't let go, losing you, never feel the same as I do now' and 'Someone Else's Girl': 'I'm back where I began not knowing what to do, wish that I was someone else's girl'. This opening track starts with the sound of running shoes which sets a cool tone for the album. The vocals are haunting and rich and lend comparison to Caro Emerald and Lana Del Rey.

'Tiny Tiny' and 'Yesterdays' are rife with techno-machine-like sounds spanning all the tracks. 'Stranger' further innovates with a Gamelan-styled percussive intro. The end track is cleverly titled 'The Last Song', with its moody overtone lending to self-aware lyrics: 'you're the last song that I've heard before.'

I was unsure of what to expect when I heard this album's unusual title. Wikipedia describes a 'woofer' as a loudspeaker driver that supplies low frequency sounds, which lends itself to the production on this work. Despite the varying genres, the album has a definitive sound tingling with soft electronic ambiance.

Listen to the album here: https://open.spotify.com/album/1ooDpGmsUibhaq4HXnL7xk?si=kTkt_uwfTBu7Zo_zAdK6Jw