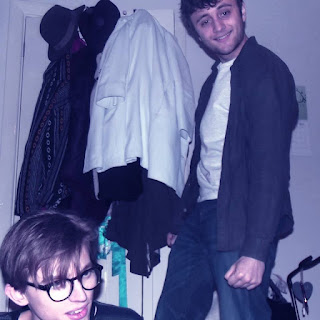 Peace Worm are an indie-rock band with soul, blues, and ambient elements. Starting as a duo, they currently have five songs on Bandcamp; Parasite, The Producer, Three Little Steps, Deja Vu and Tone by Tone, the latter being my favourite. The main two are Jack Pallister, lead vocalist and guitarist, and Luke Flavell, drummer.

Distinct sound is laid-back, chilled out music characterized by strong guitar patterns, indie-rock and electronic drum beats with fresh vocal harmonies. Lead singer has a great vocal tone; very deep and bassy, with a soul-blues sound. The harmonies added, particularly on Parasite and Deja Vu, contrast with the deeper undertones of the lead vocalist.

What I love about Tone by Tone is the chorus is clear and the song is well-structured; I feel their other songs could have stronger choruses. Parasite and The Producer have great storytelling in the verses. The change in Three Little Steps is very sweet and creates a surprise in the listener, moving from a soft rock sound to very ambient and melancholy.

The raw sadness and emotion is very brought out in their music from the guitar patterns. Lyrically they’re downcast also; I had a hard day darling/I’m so tired but you are too (Three Little Steps); selfish little bastard sleeping in his igloo/freezing off the outside world all without you (Parasite),  let me feel it/let me drift off with her (Deja Vu). I like the imagery and poetic choices of wording created in order to bring out the desolate feelings that these songs convey.

These guys have a lot of potential in the indie/alt rock scene. Some more work on their image will suit them well, but their sound is definitely there.

Listen to their music here: https://peaceworm.bandcamp.com/