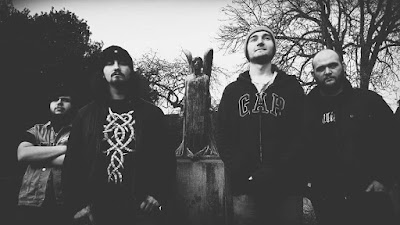 ‘FUCK ISIS.’ ‘FUCK DONALD TRUMP.’ Cries of these words sent the audience into an uproar. I ran for cover when the kids started moshing. One of them ran into me, scraping his foot against my shin. Bloody hurt.

Metal music shred my eardrums like the shred of the guitar. Screams of injustice about the state of the world. Electric. Powerful.

Although I’m not a die-hard metal fan, Shard was the bomb. Their energy on stage was fiery. Everyone, from the drummer to lead guitarist, looked like they were ready to tear the roof off. The lead singer shrieked like it was his last performance on earth. American Dictator, their killer track, sounded like it could blow Donald Trump to smithereens.

The atmosphere was a clash of Metallica and Tool giving birth. The drummer bashed so hard I was sure he would tear down the establishment. It was a sound that ran through my blood, making me excited and terrified.

These men will go far for sure. Their music was more than just clashing and banging of noise. It had groovy, complex basslines, epic guitar solos and riffs, and striking lyrics. A part that stuck out was the chorus from ‘Will to Kill’: We’re wide awake/with our lives at stake/because they still/have a will to kill.